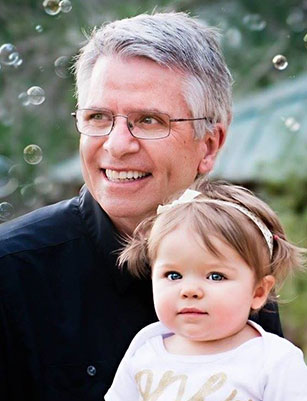 Dr. Sammy R. Bryan was born in Fairfield and lived in Buffalo through the third grade, at which time his father, State Representative Jack C. Bryan, moved his wife, four sons, and daughter to Austin. One of Dr. Bryan’s fondest memories of living in Austin was serving as assistant sergeant-at-arms during legislative sessions at the Texas state capitol. By the age of 13, Sammy had decided he wanted to be a dentist.

Dr. Bryan graduated from Sidney Lanier High School in Austin. When it was time for college, he continued the long family tradition of attending Sam Houston State University. While at SHSU, he majored in biology and minored in chemistry.

After completing two years of college, he volunteered to serve in the United States Army, and was stationed at Fort Sam Houston in the position of instructor of dental laboratory sciences at the Academy of Health Sciences. He continued college coursework at Baylor University. Following his military service, he returned to SHSU to complete his Bachelor of Science.

Here, he received intensive training in the diagnosis and treatment of malocclusions of the teeth and irregularities of the jaw and teeth that affect the aesthetics and functionality of the face, jaw, and teeth. After completion of this two-year specialty program, he earned his orthodontic certification and established his private practice in Huntsville, specializing exclusively in orthodontics.

On a continual basis, Dr. Bryan attends conferences, seminars, and training in all facets of orthodontics, which enables him to provide excellent, state-of-the-art orthodontic treatment for his patients.

During his college years at Sam Houston State University, Dr. Bryan was a member of the Tri-Beta Biological Honor Society. While attending the University of Texas dental school, he was elected to the Omicron Kappa Upsilon Honorary Dental Society, and received the Academy of General Dentistry Award, the American College of Stomatology Surgeons Award, and the Dentsply International Prosthodontic Award. He also received quarterly recognition for meeting and maintaining strict grade requirements.

Upon graduation from the University of Texas Orthodontic Graduate Program, he received his orthodontic certification. While practicing orthodontics, Dr. Bryan was honored by being selected as a fellow of the International College of Dentists.

Dr. Bryan is a specialist in orthodontics with more than 25 years of experience. He has a private practice in Huntsville and strongly believes in the importance of serving others and being involved in his community. Over the years, he has dedicated time, energy, and financial support to many organizations, projects, and school activities in Huntsville and the surrounding areas, such as:

Dr. Bryan has been happily married to his wife Connie for more than 30 years. They are the proud parents of two adult children, Kody and Dana. At present, Kody, Kody's wife Alex and Dana all work in the practice, so Bryan Orthodontics is truly a family business.

The Bryans have called Huntsville home for more than three decades. Dr. Bryan’s personal motto is, “Honor God by doing what you ought to do, when you ought to do it, whether you want to or not.”

Meet Dr. Bryan | Meet the Team | What Sets Us Apart